You are here: Home / Renewable Energy Projects / Beacon Helps the Town of Williamstown Take Power from the Sun

On Monday, August 11, 2014, Williamstown Town Manager, Peter Fohlin announced to the Board of Selectmen that as a result of a comprehensive evaluation process, the Town selected SolarCity to develop, construct, own and operate a solar photovoltaic array on the Town’s capped landfill.

Manager Fohlin credited Beacon and the evaluation committee for it diligence in selecting a solar partner equipped with the expertise, financial depth and portfolio to achieve this endeavor that started over three-years ago.

As reported  by Stephen Dravis of iBerkshires.com:

Fohlin expressed confidence that SolarCity and its three partners — Brightfields LLC, Advanced Solar Products and Weston & Sampson — are capable to completing and managing the project that would produce an estimated 2.1 million kilowatt/hours of annual electric production.

Fohlin credited Beth Greenblatt of Beacon Integrated Solutions with helping to guide the town through the process of issuing a request for proposals and evaluating the responses. Greenblatt was hired by the town using a grant from the Massachusetts Department of Energy Resources.
The town has been looking to develop the capped landfill for more than three years and only now has been able to find a company it feels confident working with, Fohlin said.
“In the beginning, we were approached by pretenders and wannabes who said they were smart enough to learn how to do it and wanted to learn on our project,” Fohlin said.
Greenblatt educated Fohlin and other town officials about the intricacies of solar production to the point where the officials were confident sitting down with SolarCity and two other finalists chosen from among 10 proposals received, Fohlin said.
“Beth Greenblatt was the only person who was able to sit on a conference call with all three of us, explain solar renewable energy credits, net metering, behind the meter, in front of the meter, electric utility pricing … and I understood everything she said along the way,” Fohlin said. “And If i didn’t, I could ask a simple question, and she gave a simple answer.” 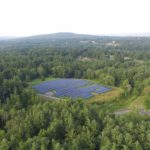 Congratulations to the Town of Stockbridge and Ameresco on … END_OF_DOCUMENT_TOKEN_TO_BE_REPLACED 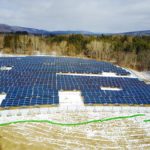 The Town of Stockbridge, MA is now seeing "Green" instead of … END_OF_DOCUMENT_TOKEN_TO_BE_REPLACED

In an article published by the publication Utility Dive, … END_OF_DOCUMENT_TOKEN_TO_BE_REPLACED

On December 15, 2016, the Massachusetts Department of Energy … END_OF_DOCUMENT_TOKEN_TO_BE_REPLACED 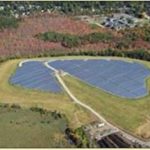 Beacon congratulates the Towns of Needham and Williamstown … END_OF_DOCUMENT_TOKEN_TO_BE_REPLACED